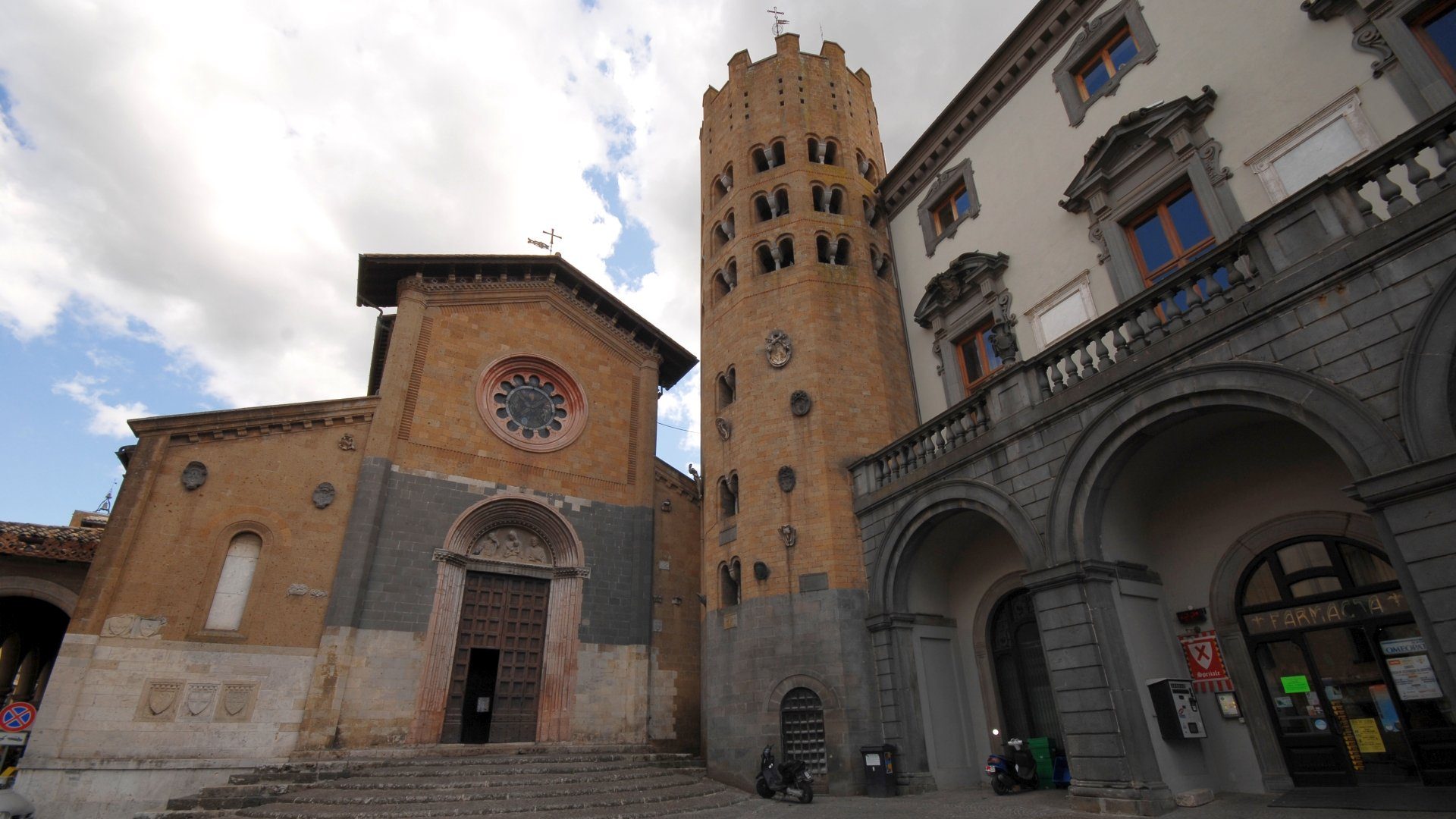 The undergrounds of the Collegiata dei Santi Andrea e Bartolomeo, built in 1013, represent a real archaeological section of the origins of the city with finds and structures ranging from the 9th century BC. to the XII century.

Simply called the church of Sant’Andrea, the Collegiata dei Santi Andrea a Bartolomeo is located in Piazza della Repubblica next to the Town Hall. It is the oldest Christian place of worship in the city, built in the 6th century on the ruins of a pre-existing Etruscan temple in the area of ​​the Forum.

After the early Christian phase, the current appearance of the Collegiate begins to be defined between the 11th and 12th centuries, before being restored in 1928 together with the characteristic dodecagonal tower.

The interior of the church has a basilica plan, with three impressive naves separated by monolithic columns perhaps dating back to the second century, crowned by capitals in a classical style. The presbytery, slightly raised and with a quadrangular apse, concludes the layout.

Its long history can be seen closely by visiting the undergrounds that represent the “identity card” of the city and still retain historical evidence of 4 different evolutionary phases: of the history of the city from the Villanovan and then Etruscan times, documented by remains of road layouts, wells and sacred buildings (such as the temple of Giunone Herbana), up to the early medieval one, with the splendid and vast mosaic pavement of the pre-existing paleo-Christian basilica. while the last testifies to the birth of a first Christian community in Orvieto.

The civic function survives in the tradition of the Feast of Santa Maria Assunta, patron saint of the city which is celebrated here on August 14 every year.