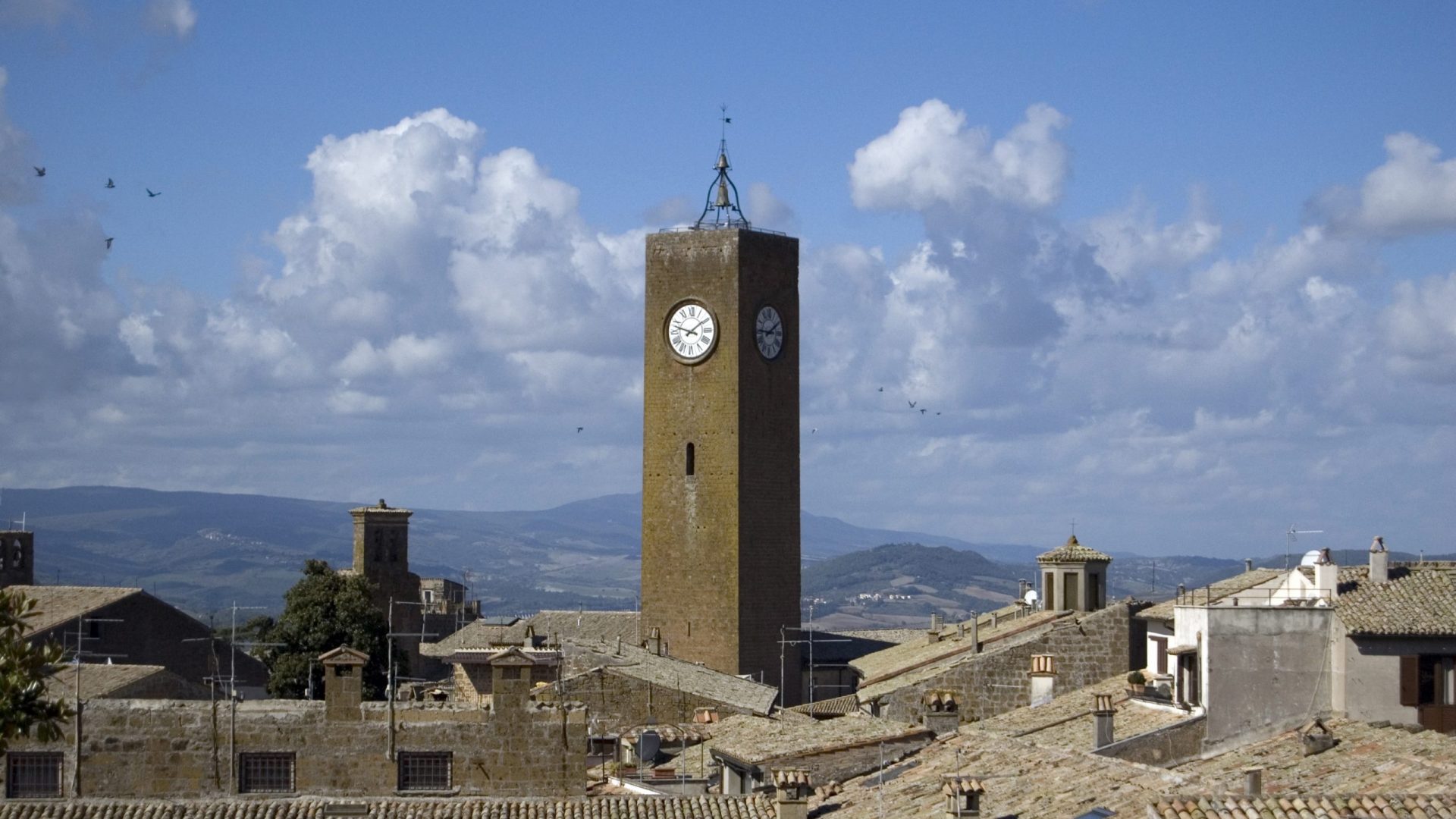 An unmissable attraction for those who want to touch the sky with a finger and admire a magnificent 360 degree panorama of Orvieto and its territory.

The Torre del Moro was built in 1200 in the center of the city and became the symbol of municipal power. At the top of the tower you can see the bell on which the symbols of the arts and the seal of the people are imprinted. 47 meters high and almost perfectly oriented according to the four cardinal points that today divide the 4 districts of the city, the tower initially called “del Papa” and renamed “del Moro” probably in relation to Raffaele di Sante known as “the Moor” character whose the name was already linked to the entire district and to the building adjacent to the tower. Following the restorations of 1866, the mechanical clock and the two civic bells were installed on the tower. The smallest, coming from the bell tower of Sant’Andrea, and the largest, with the coats of arms of the Arts active in the fourteenth century imprinted, from the Palazzo del Popolo.

On a wall of the Tower, at the entrance to Via della Costituente, it is possible to see a plaque on which the verses of the Vi Canto del Purgatorio of the Divine Comedy by Dante Alighieri are engraved, which recall the bloody fights between the Orvieto families of the Monaldeschi and the Filippeschi at the time of the municipalities. “Vieni a veder Montecchi e Cappelletti, Monaldi e Filippeschi, uom sanza cura, color già tristi, e questi con sospetti!”

The seat of the city government

The home of the ancient medieval guilds