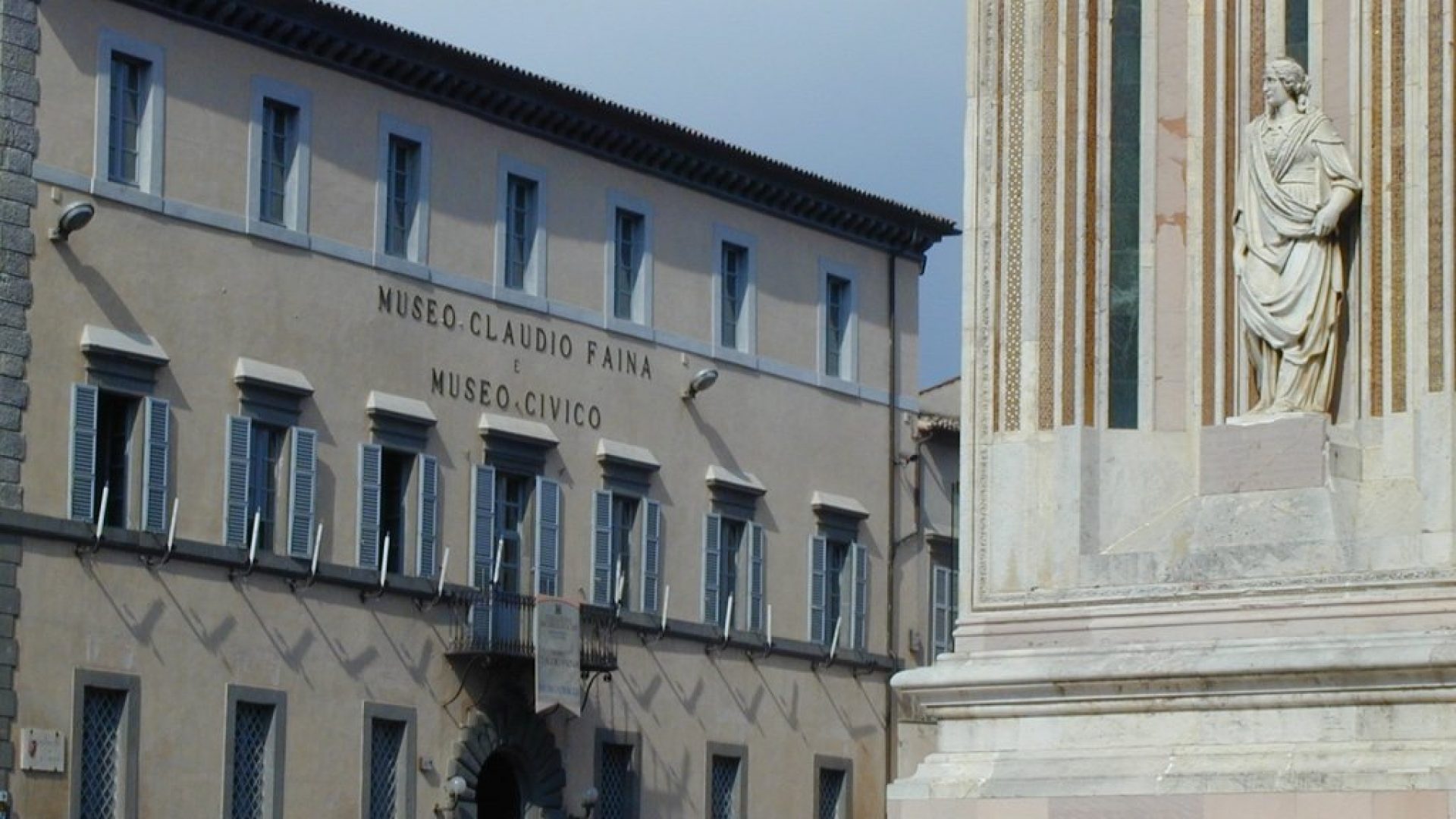 At the origins of history

The "Claudio Faina" Museum in Orvieto houses one of the largest archaeological collections in Italy. The collection, put together during the nineteenth century, includes Etruscan, Greek and Roman finds.

The Civic and Etruscan Museum Claudio Faina is housed in an elegant historic building in front of the Duomo. On the ground floor is the Civic Museum where precious antiquities from local archaeological sites such as the Etruscan sanctuary of Cannicella and the Etruscan temple of Belvedere are exhibited. Among the most interesting finds the statue known as “Venus of Cannicella” and a warrior’s head stone.

The section of the building occupied by the “Claudio Faina” museum instead exhibits the collection of the counts Mauro and Eugenio Faina (1860-1880) including over three thousand coins and masterpieces of high ancient goldsmithing, prehistoric finds, Etruscan vases and a series of precious vases attics made by Athenian potters. Inside the museum, the interactive path for children with illustrations by Emanuele Luzzati intends to bring young people closer to the adventure and knowledge of Etruscan history.

A journey to the Etruscan city of the dead

The Etruscan temple of Belvedere