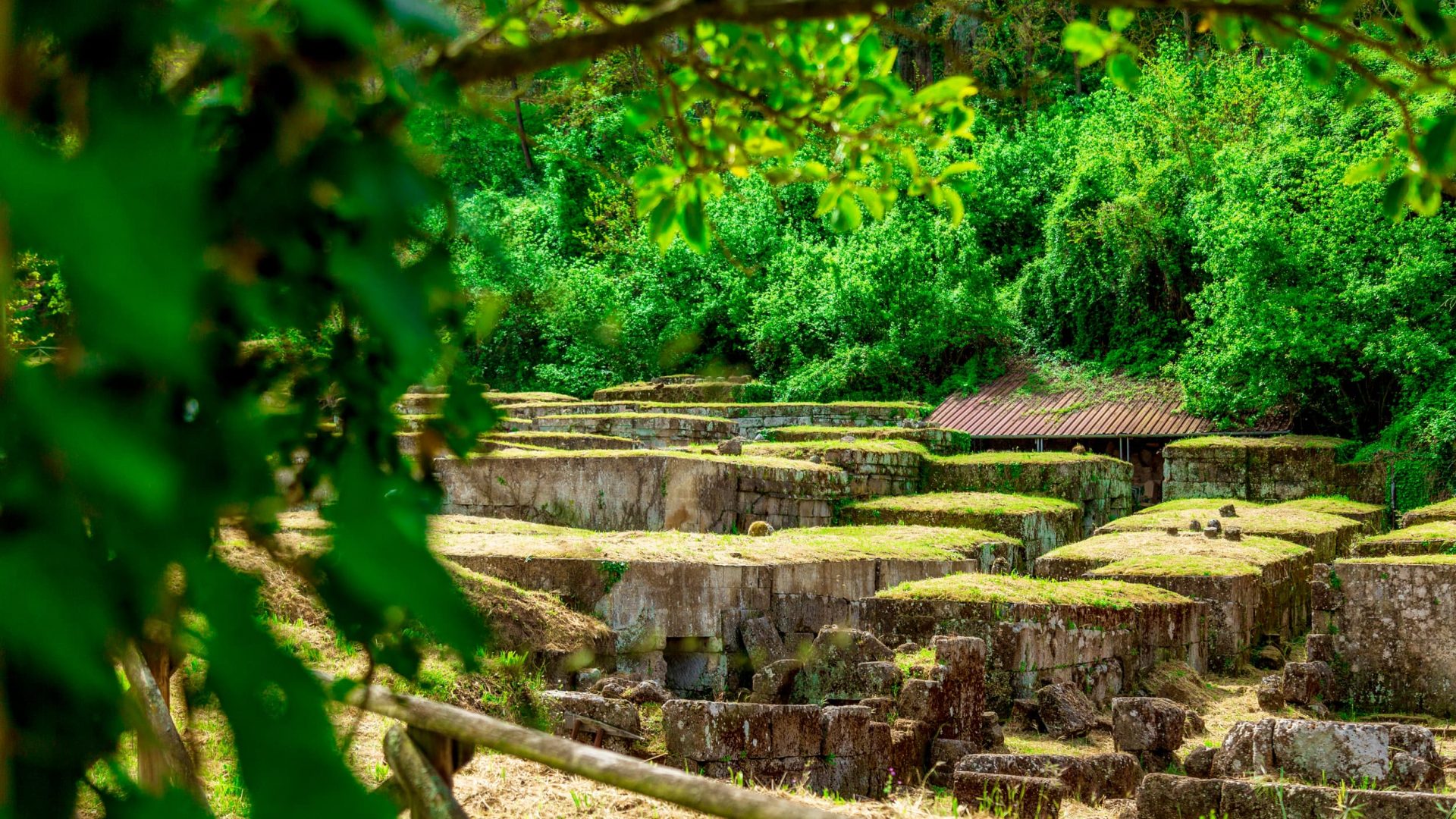 A journey to the Etruscan city of the dead

Discovered in the 19th century, it provides extraordinary insights into the Etruscan history and culture. A visit to the site is completed by a visit to the National Archaeological Museum and the Claudio Faina Museum in Orvieto, which house numerous artefacts, especially the rich ceramic furnishings.

Known as the “city of the dead”, the Necropolis of the Crocefisso del Tufo takes its name from a crucifix made in the tuff that is located inside a delightful and evocative rock church that can be reached from the Anello della Rupe route. In the archaeological at the bottom of Orvieto’s cliff, there are more than 200 Etruscan tombs. The necropolis was used from the 8th to the 3rd century BC. During the most flourishing Etruscan period (6th-5th centuries B.C.) the necropolis was planned in blocks, defined by streets creating angles where cubic-style tombs were located. Their disposition reflected their egalitarian type of society.

Each tomb was reserved for a single family which was identified by the main family name being engraved on the architrave. This reveals the presence of foreign citizens in Orvieto, which was becoming increasingly cosmopolitan. Luxurious grave goods expressed the wealth of the family (wealth was common among a large number of families) and were purchased from the Greek-Eastern commercial market.

At the origins of history

The Etruscan temple of Belvedere