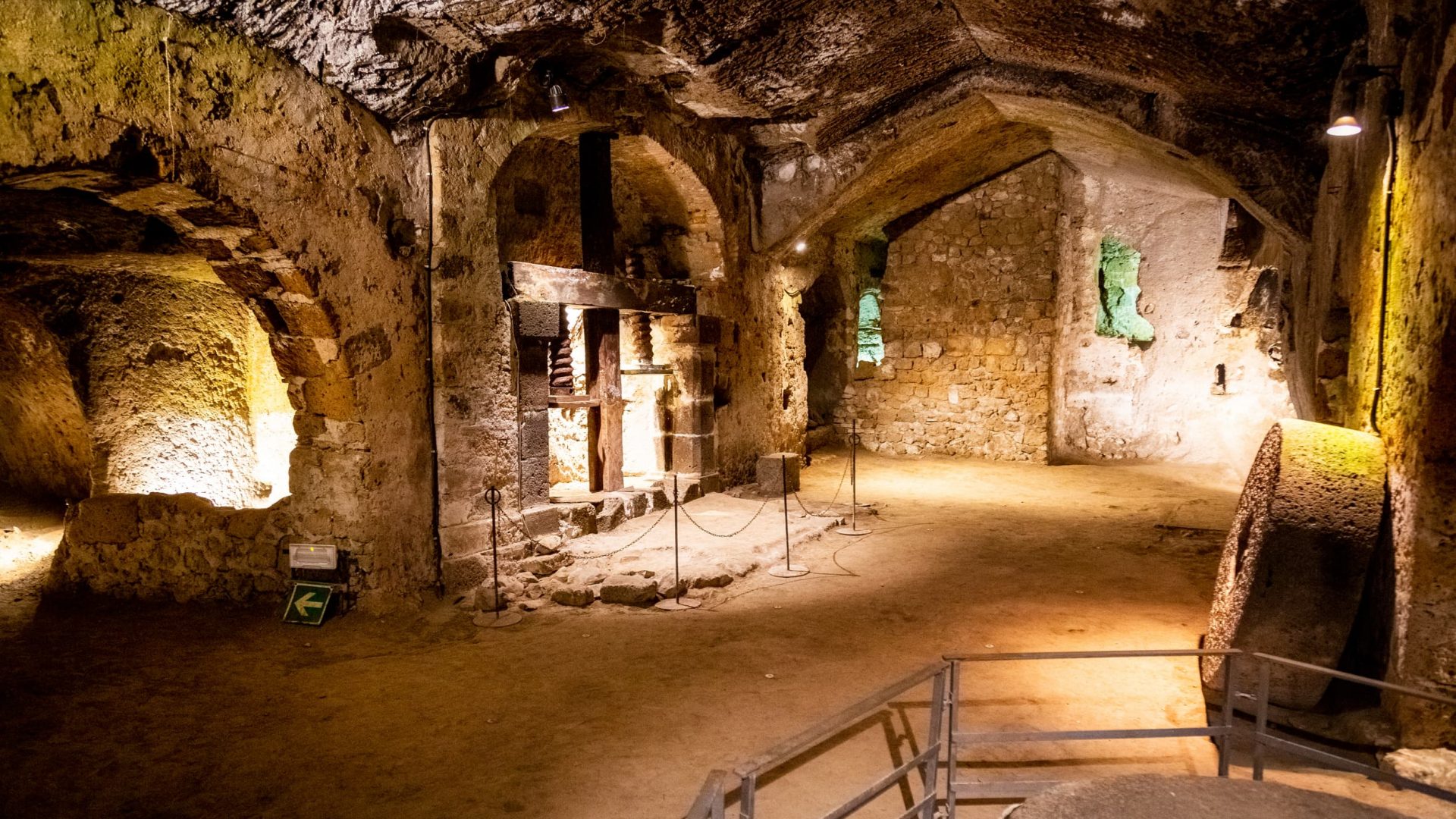 Every city hides bits of its identity in the areas that have been excavated or built below its busy city surface over the centuries. This is even more true for Orvieto, which, with its astonishing 1200 caves, protectively preserves the memory of the cities that once existed underground.

A perfect example is the Parco delle Grotte not far from the Duomo, on the south side of the tuffaceous spur, which houses a maze of underground passages that can be visited thanks to the Orvieto Underground tour. Here begins a journey that leads to the discovery of Etruscan, medieval and Renaissance remains. Studies of these rooms suggest that they were in use between the 9th century BC and the 20th century.

Specifically, the cavities include the extraordinary remains of the Santa Chiara oil mill, with its basalt machines and tanks for collecting olive pomace, used at least until the end of the 17th century, as well as a pozzolana quarry and three vertical pedarole ducts from Etruscan times.

A unique environment is the columbarium, where several rows of rectangular holes in the wall were used to breed pigeons used as food since the Middle Ages. next to it water supply tanks can be found. The same tanks were probably used in the 18th century for the production of clay pottery.