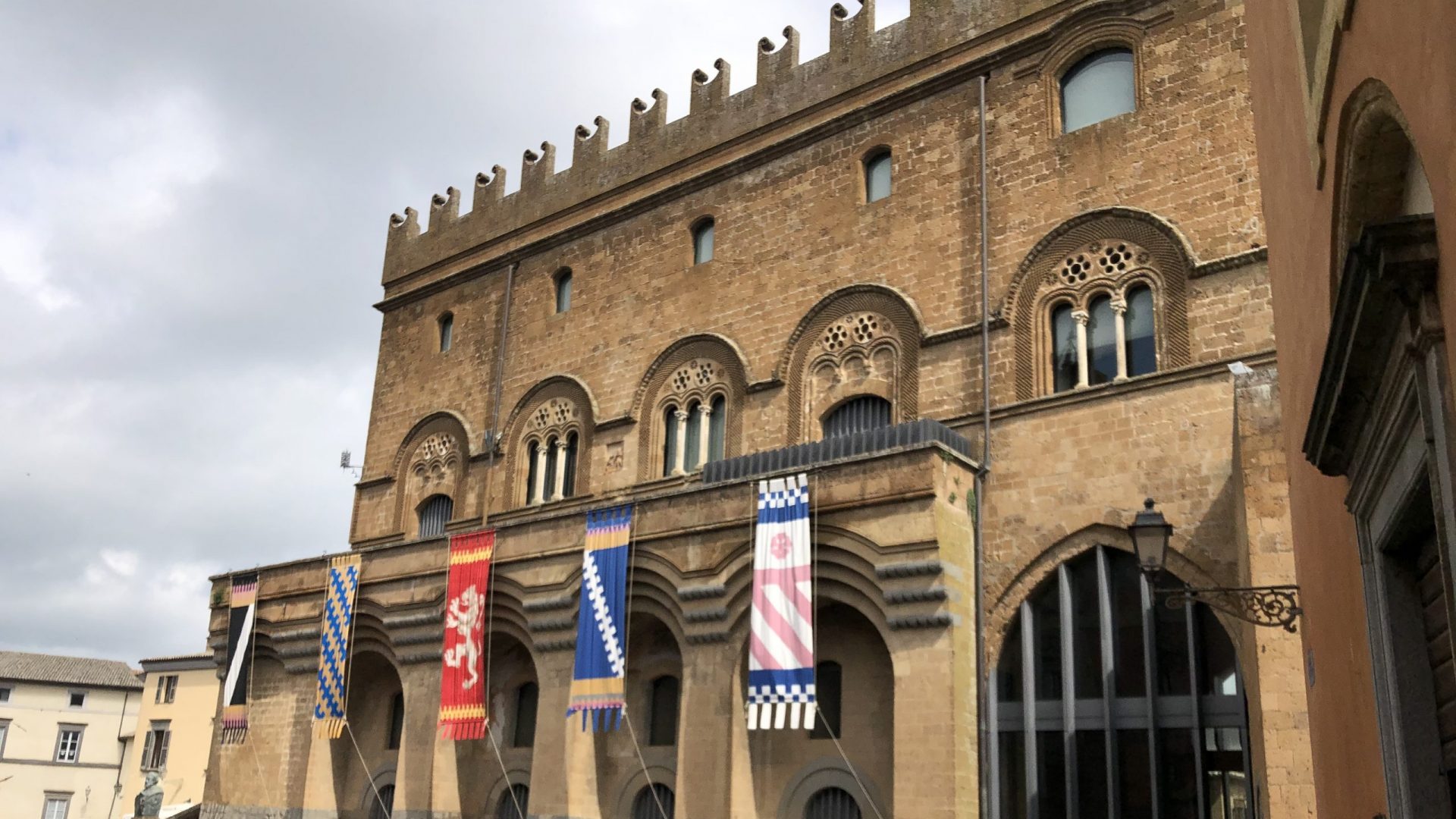 Built at the end of 1200 as the institutional seat of the Capitano del Popolo. This very widespread figure in Italy and other municipalities at the time had an important representative role for the people.

The Palazzo was built at the end of the 13th century as the institutional seat of the Capitano del Popolo, a very common figure at that time in Italy and in other municipalities, who had an important representative role for the people. The palace, like the square in which it is located, has always had a strong connection  with the people and their social and economic dynamics. As a matter of fact, Piazza del Popolo still hosts the town market today. It has a loggia with porticoes overlooked by the magnificent Sala dei Quattrocento. In the basement you can admire the extraordinary Etruscan foundations with the letter “A” engraved on the blocks.

Currently the building is a congress center that hosts events and demonstrations. It has a total capacity of 699 people divided into three rooms, the suggestive Sala dei Quattrocento, the Expo Hall and the Etruscan Hall.

From here every year, on the occasion of Corpus Domini, the procession of the historical parade of Orvieto starts.