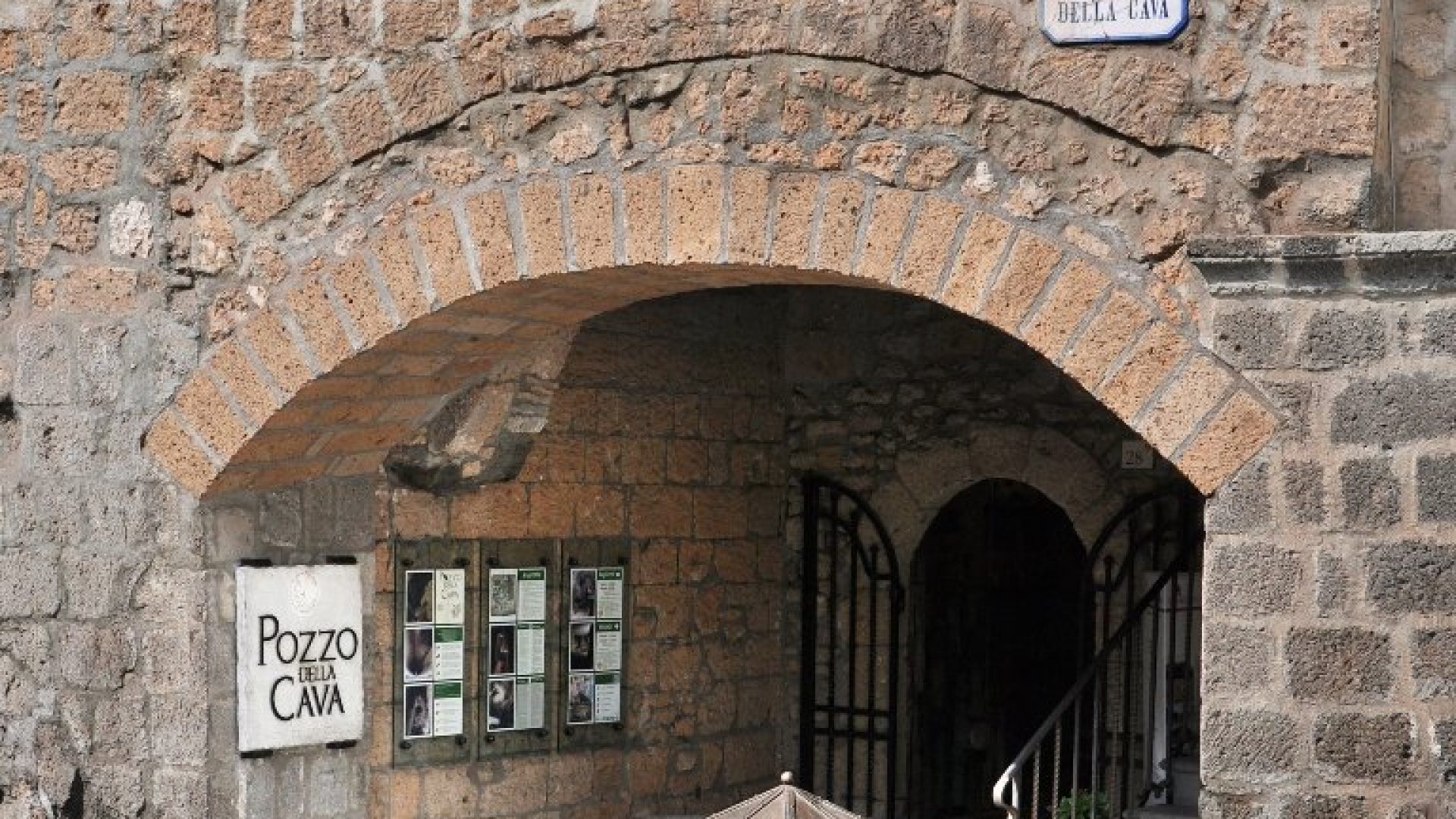 A journey into Orvieto’s fascinating underground that develops under the streets and houses of the oldest part of the medieval district. Archaeological finds have re-emerged thanks to private efforts after centuries of neglect.

In Orvieto’s medieval district, the Well of the Quarry owes its name to the presence of a large well of Etruscan origin that was expanded between 1572 and 1530 at the behest of Pope Clement VII, but in reality the entire site is an underground archaeological site that showcases different time periods and aspects of the city of Orvieto.

The structure, discovered in 1984 during renovation work on the house above it, has a depth of 36 metres and an average diameter of 3.4 metres. A long series of works lasting about ten years has brought to light nine different areas that had diverse purposes and of different ages.

The canals and cisterns dug into the rock to collect rainwater and some burials belong to the Etruscan phase between the 6th and 3rd centuries B.C.. They are uncommonly far from the necropolis, normally located outside the city. Evidence of the long occupation of the underground is provided by the use of some tombs during the Middle Ages as “follone”, or rooms for washing and degreasing fabrics. Other rooms excavated in the same period were cellars for storing wine and others were furnaces for producing ceramics. These included a muffola, a small kiln used for the so-called third fire, which was used to make the colours adhere to the pottery.

But in the Pozzo della Cava one also finds the pillars of the foundations of the ancient noble palaces and with them various “butti”, i.e. square-walled deposits for general waste, with their characteristic flask shape, or reserved for household pottery no longer in use. This is why in the Pozzo della Cava it is also possible to admire an exhibition of Orvieto’s medieval and Renaissance ceramics.

Every year at the end of the year the traditional “Presepe nel Pozzo” (Nativity scene in the well) is set up in this evocative setting for the Christmas festivities: an artistic representation of Bible stories linked to the Nativity with refined settings and mechanised models, characters and animals.

Weekdays and Holidays 9.00 - 20.00 Closed on Mondays (if not public holidays) and second half of January